Alhambra Palace's Patio de Arrayanes (Court of the Myrtles). Patio de los Arrayanes (Court of the Myrtles), also called the Patio de la Alberca (Court of the Blessing or Court of the Pond), from the Arabic birka, "pool". The birka helped to cool the palace and acted as a symbol of power. Because water was usually in short supply, the technology required to keep these pools full was expensive and difficult. The court is 42 m (140 ft) long by 22 m (74 ft) broad, and in the centre there is a large pond set in the marble pavement, full of goldfish. Alhambra (in Arabic, Al-Ḥamra) is a palace and fortress complex constructed during the mid 14th century by the Moorish rulers of the Emirate of Granada in Al-Andalus, occupying the top of the hill of the Assabica on the south-eastern border of the city of Granada in the Autonomous Community of Andalusia. 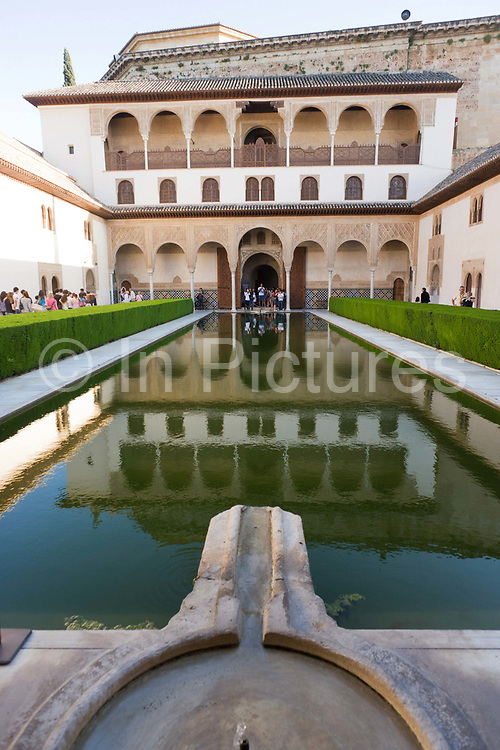