Tourists from Asia walk in the sunshine at Alhambra, holding matching red fans to shield their faces from strong sunshine. The visitors walk along the outer walls of the renaissance Palacio de Carlos V in the Moorish fortress high above the Andalucian city. Alhambra (in Arabic, Al-Ḥamra) is a palace and fortress complex constructed during the mid 14th century by the Moorish rulers of the Emirate of Granada in Al-Andalus, occupying the top of the hill of the Assabica on the southeastern border of the city of Granada in the Autonomous Community of Andalusia. The Alhambra's Moorish palaces were built for the last Muslim Emirs in Spain and its court, of the Nasrid dynasty. 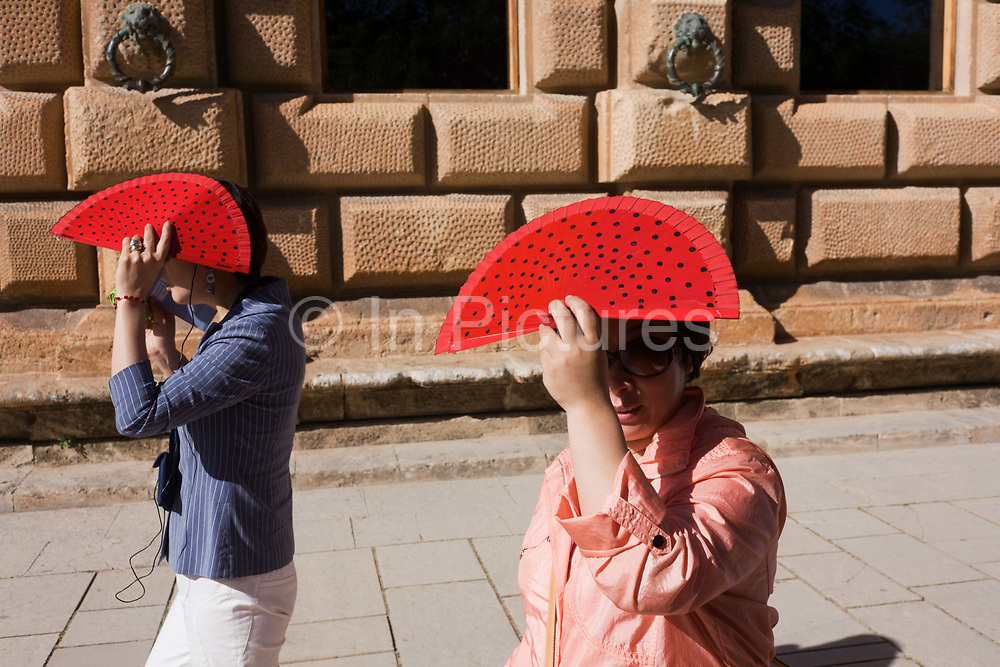