Moped passing the CCTV Headquarters is a 234m 44-storey skyscraper in the Beijing Central Business District or CBD. Affectionately known by the Chinese locals as The Underpants Building due to it's unique design. The tower serves as headquarters for China Central Television. Construction began in 2004 and the building's facade was completed in 2008. After the construction having been delayed as result of a fire which in February 2009 engulfed the adjacent Television Cultural Center, the Headquarters has been finally completed in May 2012. Rem Koolhaas and Ole Scheeren of OMA were the architects in charge for the building, while Arup provided the complex engineering design. 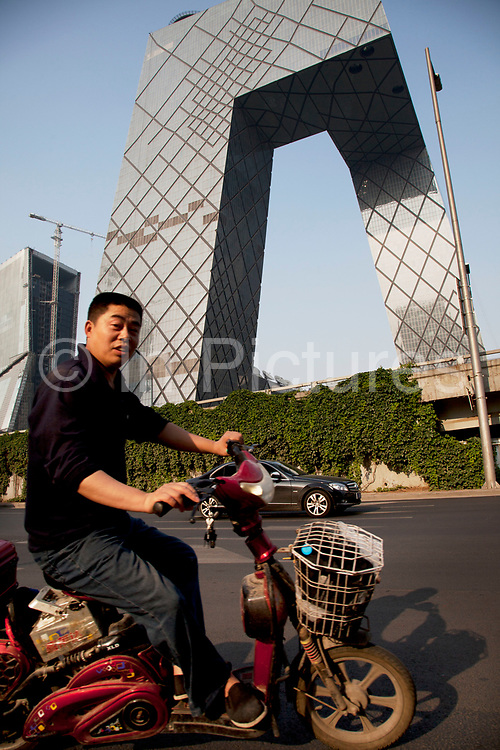