Robin Hood Tax supporters protest near the Bank of England in the City of London. Campaigners today set up a giant roulette table in the City of London to protest against bankers’ taking risky bets and lining their pockets with billions in a game where taxpayers had to bail them out when things went wrong. The giant casino board, complete with chips, roulette wheel and image from renowned artist Peter Kennard was in front of the Royal Exchange in the City from 12pm. Casino bankers' placed multi-billion pound bets in a game they were guaranteed to win. The tax would apply to speculative trade on financial products: stocks, bonds commodities and currency transactions. The Robin Hood Tax is a tiny tax of 0.05% on banks’ financial transactions. Introduced globally, it would raise hundreds of billions of pounds every year for good causes. 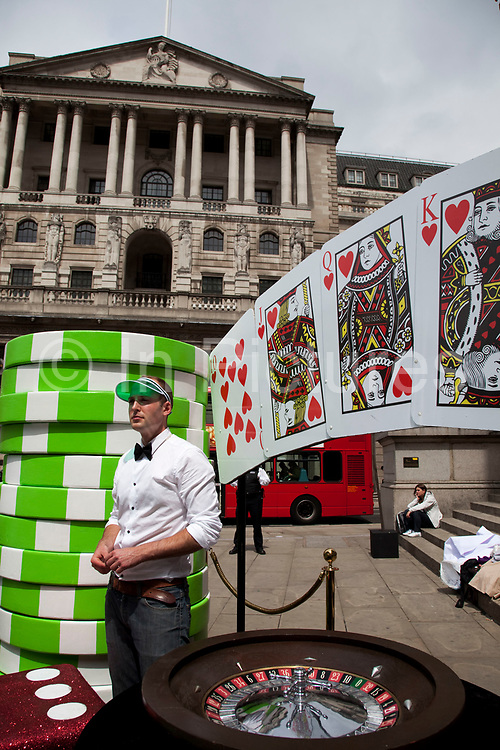