Anti Brexit protester dressed up as a clown version of Prime Minister Boris Johnson hires a Boris bike in Westminster and cycles to Buckingham Palace although makes a young tourist cry as it is announced that Boris Johnson has had his request to suspend Parliament approved by the Queen on 28th August 2019 in London, England, United Kingdom. The announcement of a suspension of Parliament for approximately five weeks ahead of Brexit has enraged Remain supporters who suggest this is a sinister plan to stop the debate concerning a potential No Deal. 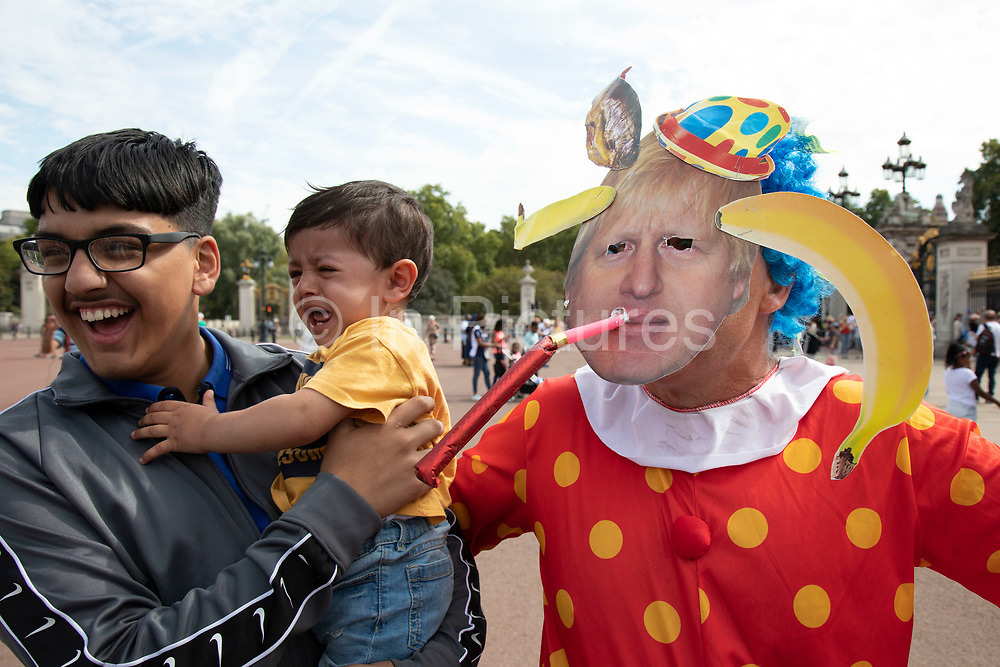