Bp-or-not-Bp stage a splash mob dressed as merfolk at the British Museum in protest against the continued sponsorship by the oil company Bp, in particular against the sponsorhsip of the exhibition 'Sunken Cities". Merfolk getting ready to perfom. The merfolk sang and performed around the museum with placards rejoycing BP and the rising sea levels because as merfolk they will benefit from climate change. The public were invited to add their thoughts on future sunken cities around the world and to participate in the ongoing debate on oil and climate change. (photo by Kristian Buus/In Pictures via Getty Images) 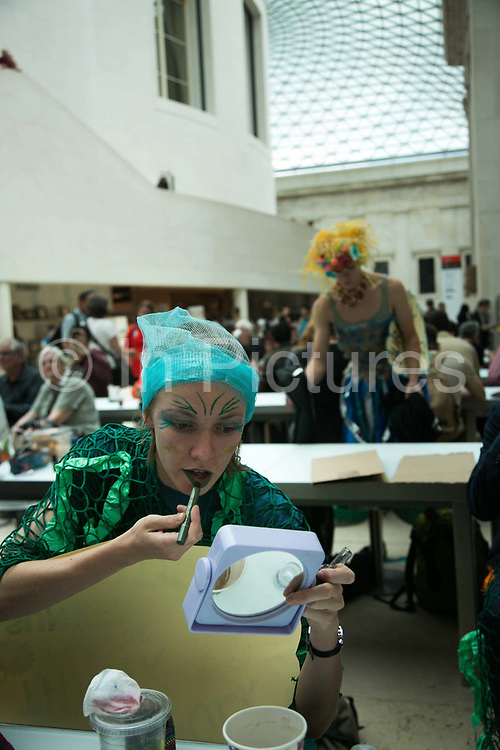