Vents 88 In The City Of London

Woman wearing a red dress interacts with the red and blue air ducts shaped like funnels, which are part of Vents 88 on London Wall by architect Richard Rogers, appear as strange architectural elements in the City of London, England, United Kingdom. 88 Wood Street is a commercial office tower development in the City of London, England. The architects were Richard Rogers Partnership, now known as Rogers Stirk Harbour + Partners. The building was constructed between 1993 and 2001 and was known as one of the Rogers buildings which placed normally concealed internal elements like ventilation ducts on the outside of the building allowing more internal space. 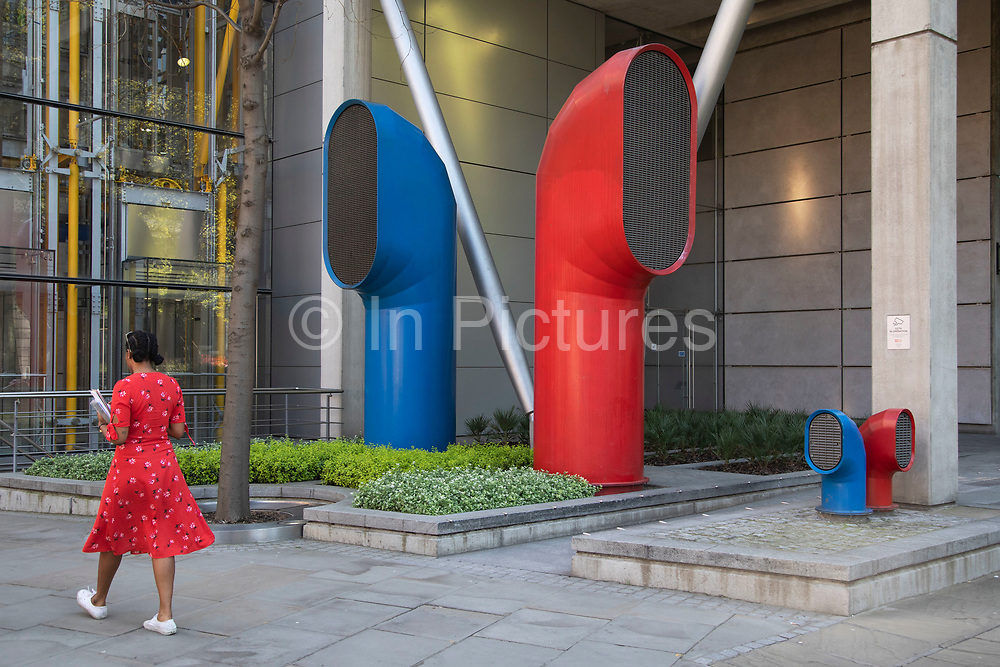