A middle-aged man walks beneath the sign of the London Stock Exchange at their old premises known as the Tower. The gent looks hunched as if with all the troubles of the world on his shoulders, a pessimistic view on the world. He makes a sorrowful figure with such a strong presence against the wall shadow. Three years after the so-called Big Bang in 1986, this location at the old Stock Exchange Tower became redundant with the advent of the Big Bang, which deregulated many of the Stock Exchange's activities as it enabled an increased use of computerised systems that allowed dealing rooms to take precedence over face to face trading. Thus, in 2004, the House moved to a brand new headquarters in Paternoster Square, close to St Paul's Cathedral. 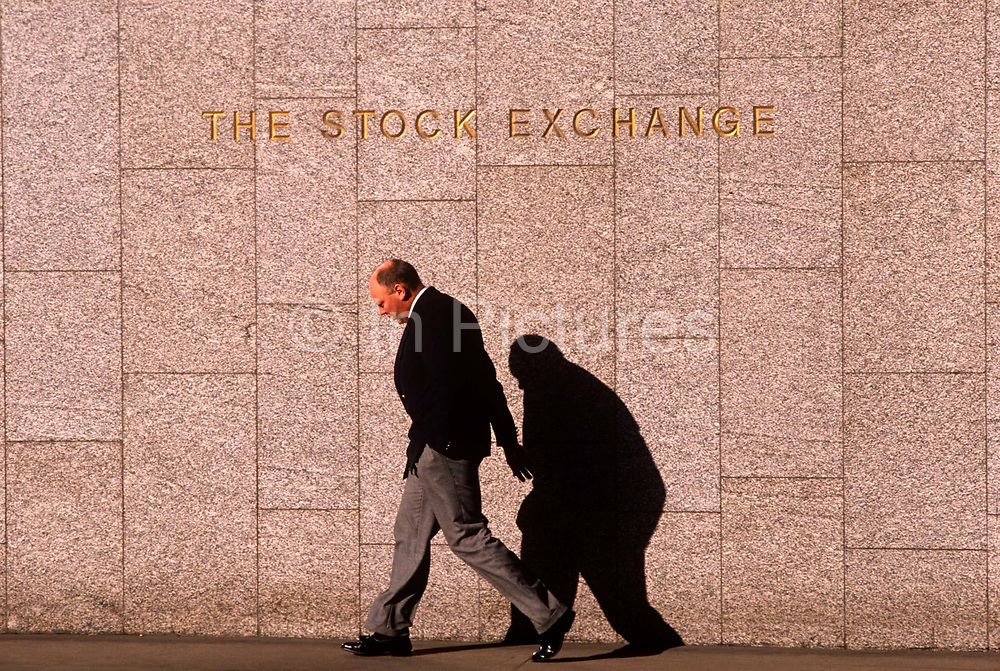