Climate protesters and Police at Oxford Circus. In an operation that took several hours, Police removed the pink boat named Berta Caceres after the Hondruan nun who was murdered for being an environmental activist, that was the centrepiece of Extinction Rebellions site. It involved people who were locked on being removed. Several roads were blocked across four sites in central London, by the Extinction Rebellion climate change protests, April 2019. 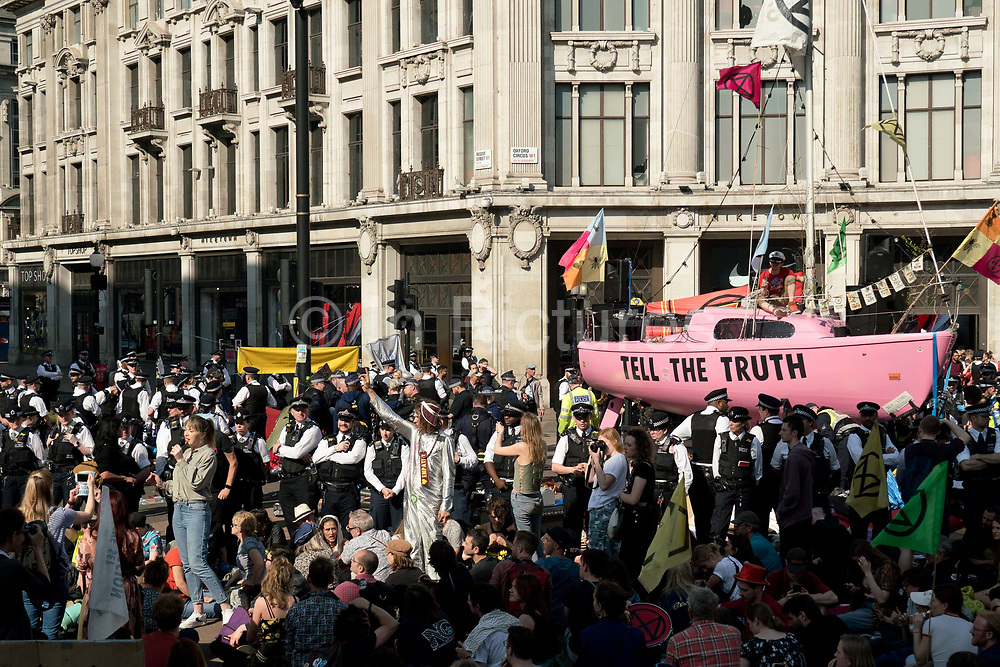