Spectacularly costumed Red Rebels perform an action near Lands end in Cornwall on 15th May 2020 in Carn Les Boel, United Kingdom. They walked to the cliff tops and stood like statues in protest against rising sea levels. As a group they protest against climate change, often with Extinction Rebellion. Their bright red costumes symbolises the common blood they share. They stand as living statues. These protests are highlighting that the government is not doing enough to avoid catastrophic climate change and to demand the government take radical action to save the planet. 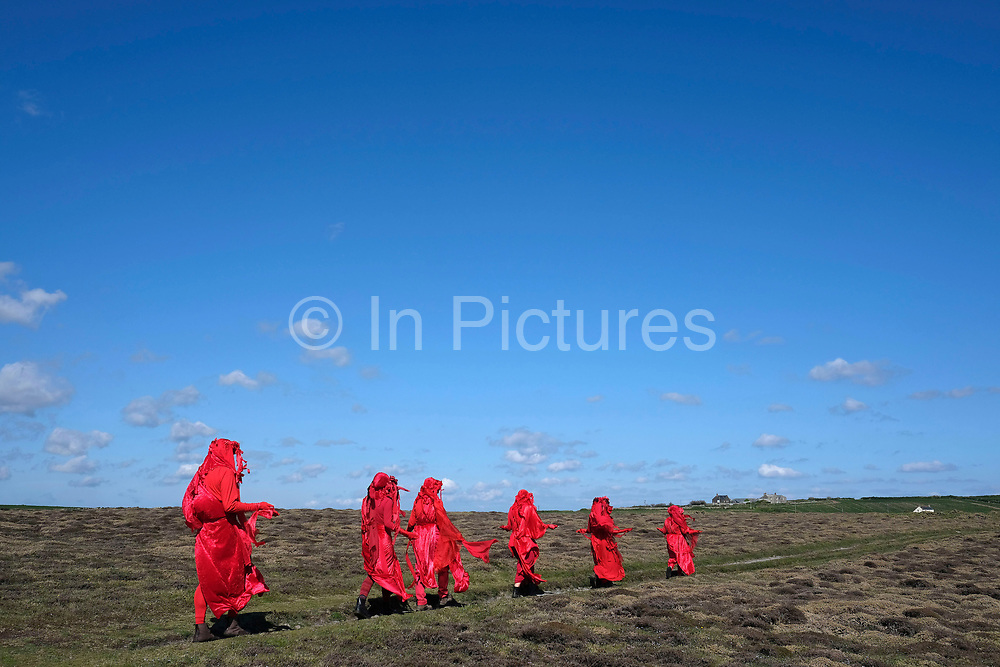