As if about to be crunched underfoot, shattered glass from the windows of offices in the historic City of London side-street, stickers and notices for Access (Mastercard) and American Express (Amex) credit cards lie on the disaster-strewn pavement (sidewalk). This is some of the debris lying about after the huge Bishopsgate bomb on 24th April 1993, London's most expensive terrorist atrocity during the Provisional Irish Republican Army's (IRA) sustained bombings on the British mainland. Buildings up to 500 metres away were damaged, with one and a half million square feet (140,000 sq m) of office space being affected and over 500 tonnes of glass broken. Costs of repairing the damage was estimated at £350 million and was possibly the IRA's most successful military tactic since the start of what was called the Troubles from 1969 onwards. 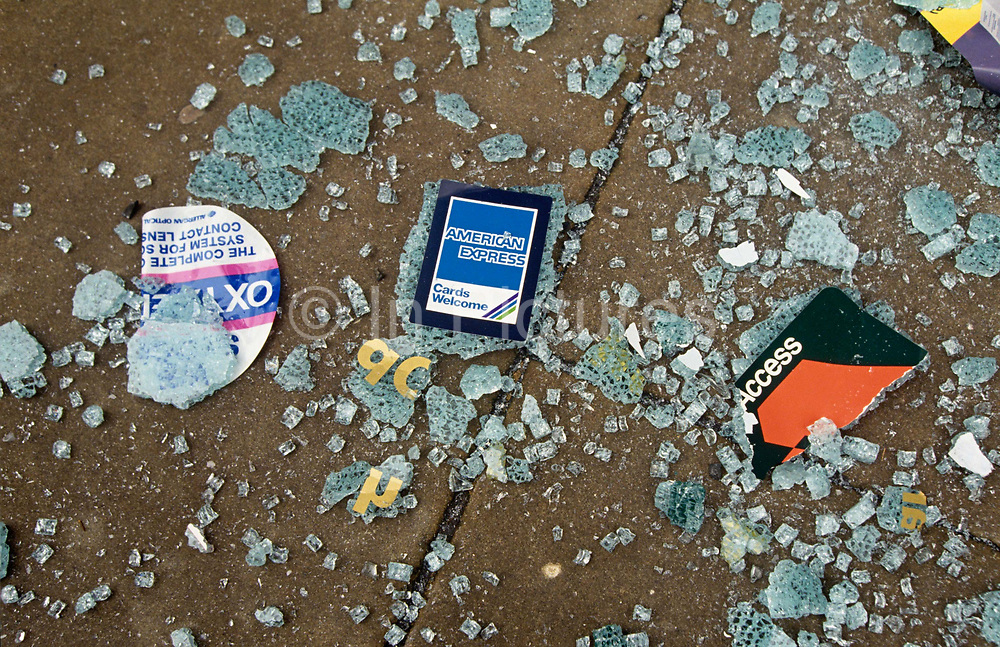