Metropolitan Police officers arrest an activist from HS2 Rebellion, an umbrella campaign group comprising longstanding campaigners against the HS2 high-speed rail link as well as Extinction Rebellion activists, who had glued himself to the doors of the Department for Transport during a protest on 4 September 2020 in London, United Kingdom. Activists glued themselves to the doors and pavement outside the building and sprayed fake blood around the entrance during a protest which coincided with an announcement by HS2 Ltd that construction of the controversial £106bn high-speed rail link will now commence. 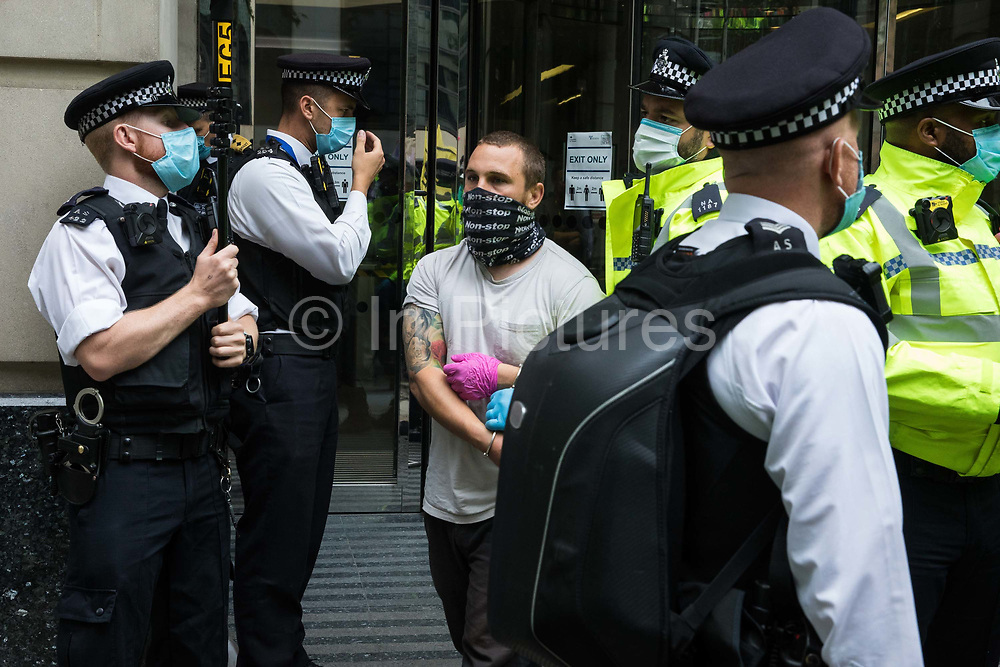