UK - London - The Lutine Bell in Lloyds of London.

The Lutine Bell in Lloyds of London. The Lutine Bell, weighing 106 pounds and measuring 18 inches in diameter, is traditionally rung to herald important announcements - one stroke for bad news and two for good. The bell was carried on board the French frigate La Lutine (the sprite) which surrendered to the British at Toulon in 1793. Six years later as HMS Lutine and carrying a cargo of gold and silver bullion, she sank off the Dutch coast. The bell was salvaged in 1859 and was hung in Lloyd's Underwriting Room at the Royal Exchange. The modern building was designed by Sir Richard Rogers at Number One Lime Street in a Post-Modernist style. The trading floor at Lloyds is the world's leading insurance market where It serves as a meeting place where multiple financial backers or 'members', whether individuals (traditionally known as 'Names'). 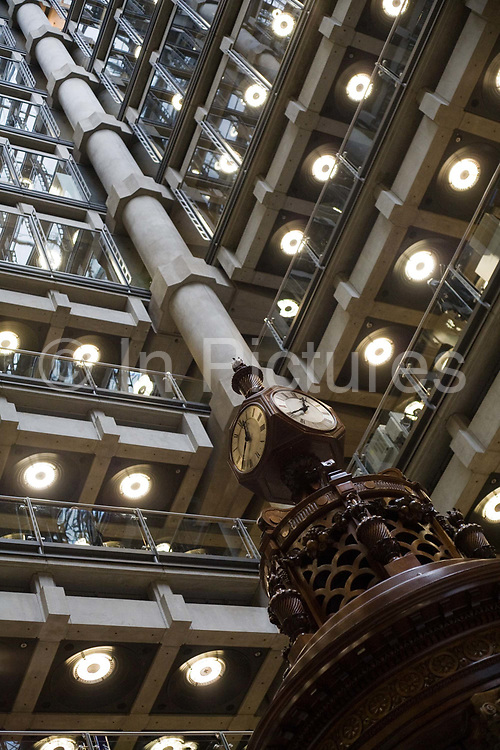