A depiction of a local event during the English Civil War depicting local historical figures appearing in stained glass windows part of an auction held by Bonhams of the contents of Stokesay Castle, the oldest fortified estate house in Britain originating in the late 13th century. During King Charles I reign it came into the ownership of the Craven family and was used as a supply base for the King's forces in the area, based in strength at nearby Ludlow Castle in the early stages of the English Civil War.
A skirmish took place at the castle during the English Civil War, in which Stokesay was handed over to the Parliamentarians after a short siege without a pitched battle. It is at present in the hands of English Heritage. 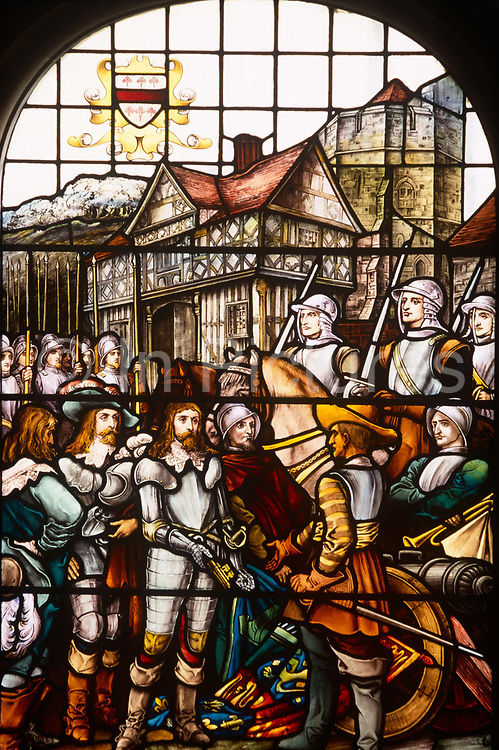