25 young activists from Crazy Talk took to Westminster Bridge and hanged twenty human figures from the bridge to raise awareness to the increased rates of youth suicide in London, January 10th 2019, Central London, United Kingdom. Jaz Holness, Yusef Errami and Ajuub Faraji. The twenty dummies represented the twenty young people between ten and nineteen who took their own lives in London in 2017.
All the young activists involved in the action have either considered or attempted suicide themselves. 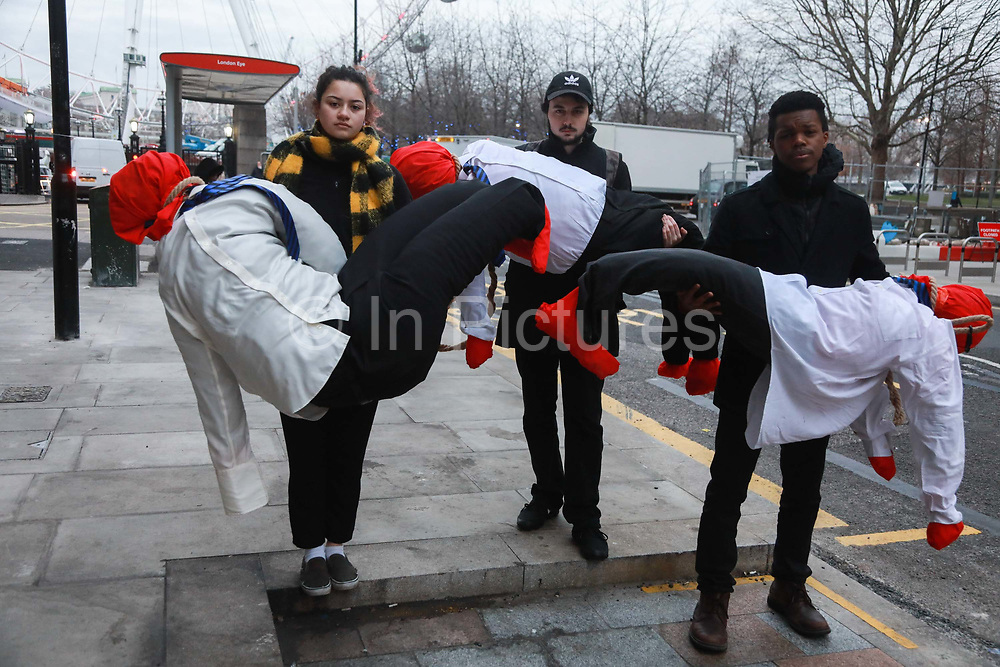