The British Conservative Government leaflet supporting the pro side of the European Referendum debate arrives at homes across the country on 13 April 2016 in London, England, United Kingdom. The pamphlet entitled Why the Government believes in voting to remain in the European Union is the best decision for the UK. sets out the Conservative Party position on Europe and was recently deemed controversial by the opposition due to the £9M price for its printing and distribution, paid for by the UK tax payer. 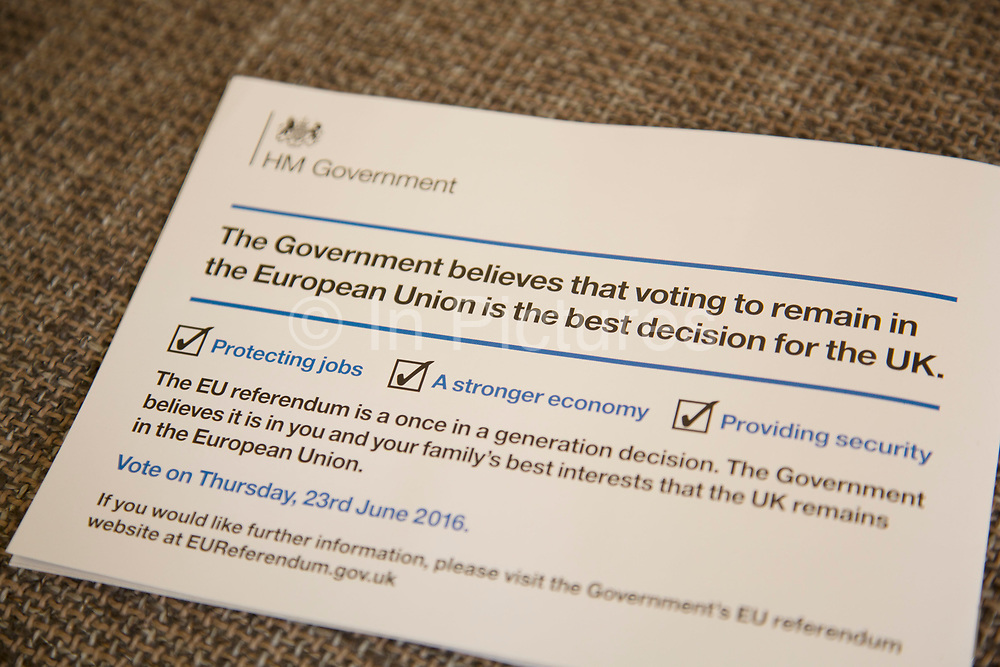