Banners were dropped on bridges crossing the Thames in protest against the inauguration of Donald Trump, January 21st 2017 in London. An Migrants Welcome Here banner on Westminster Bridge. On Friday 20th January over 50 groups across the United Kingdom dropped banners from bridges as an act of defiance against Trump’s inauguration. The groups, who form the ‘Bridges not Walls’ movement, staged their demonstration to show support for people in the USA and beyond fearing the consequences of Trump’s election. 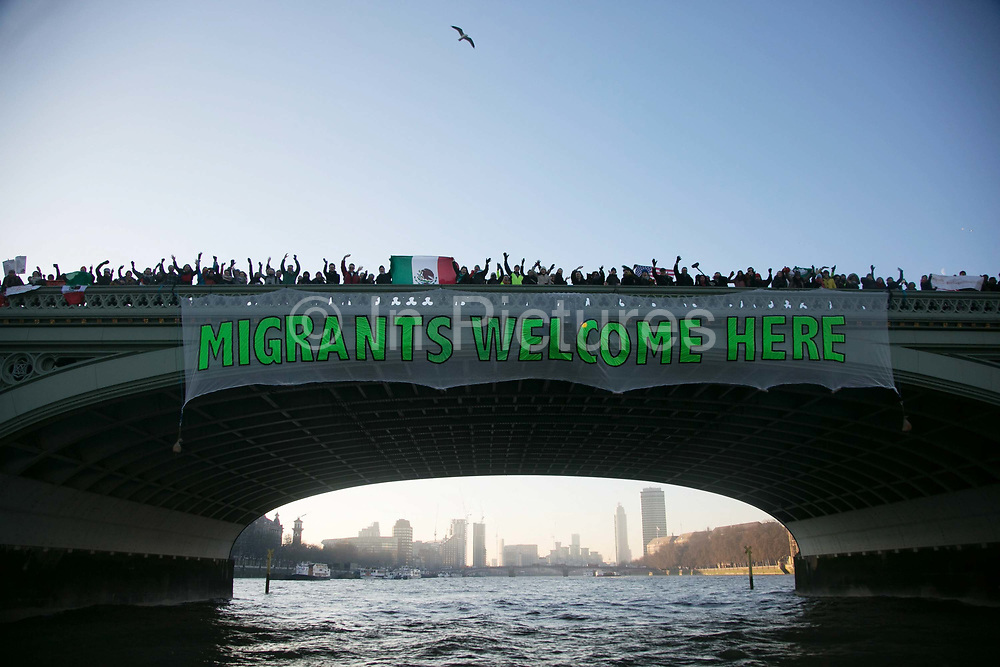