Police block off the entrance to Charing Cross underground station after detaining a suspect and using the tube to make their escape. Followed by crowds of angry protesters and a Legal Observer who was talking with the police about their tactics and the rights of the demonstrators. At this point the police were arresting / searching and detaining people they suspected were part of anarchist groups determined to create havoc in London on the day. 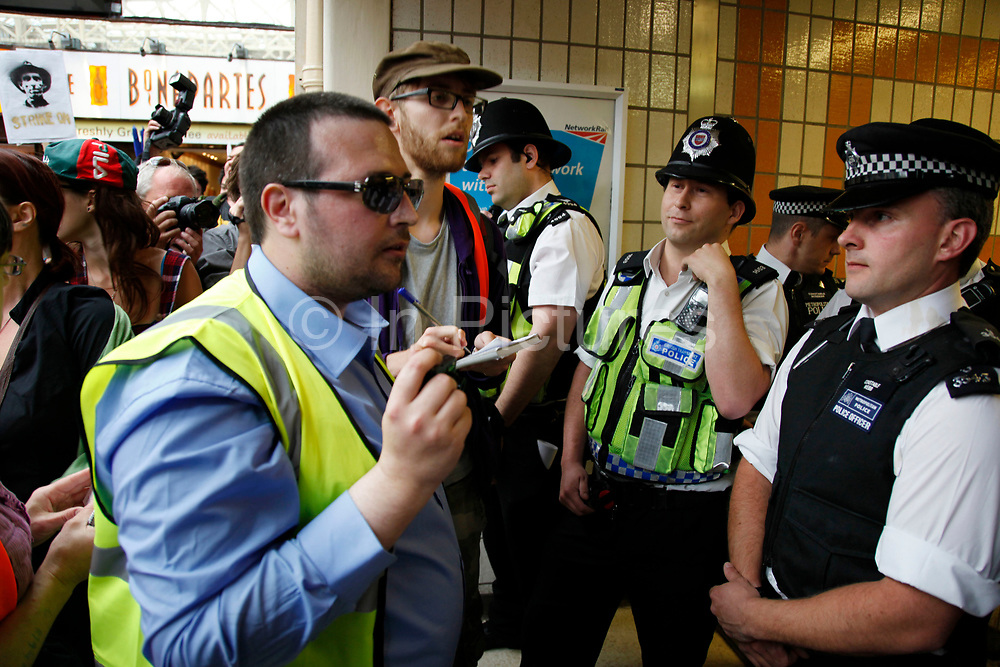