Political artist Kaya Mar with his latest painting behind bars on the day that the new Conservative Party leader Theresa May MP became Prime Minister of the UK, as protesters and public gathered outside Downing Street on 13th July 2016 in London, United Kingdom. This painting portrays Theresa May as a thuggish police woman holding a truncheon with a nail through it. Political satire on her hardline dealings with the police force. photo by /In Pictures via Getty Images 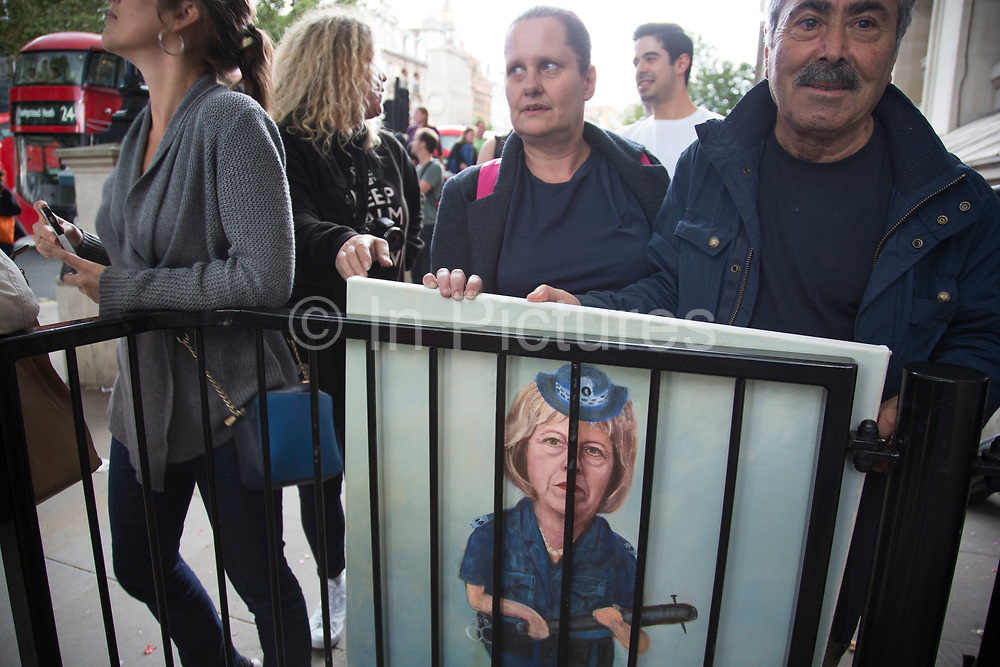