Charlie Anderson art on the Shangri La field, Glastonbury Festival 2016. Anderson celebrates the throwaway nature of contemporary culture by painting images from sources such as magazines, flyers, advertising and political campaigns.The Glastonbury Festival is the largest greenfield festival in the world, and is now attended by around 175,000 people. Its a five-day music festival that takes place near Pilton, Somerset. In addition to contemporary music, the festival hosts dance, comedy, theatre, circus, cabaret, and other arts. Held at Worthy Farm in Pilton, leading pop and rock artists have headlined, alongside thousands of others appearing on smaller stages and performance areas. 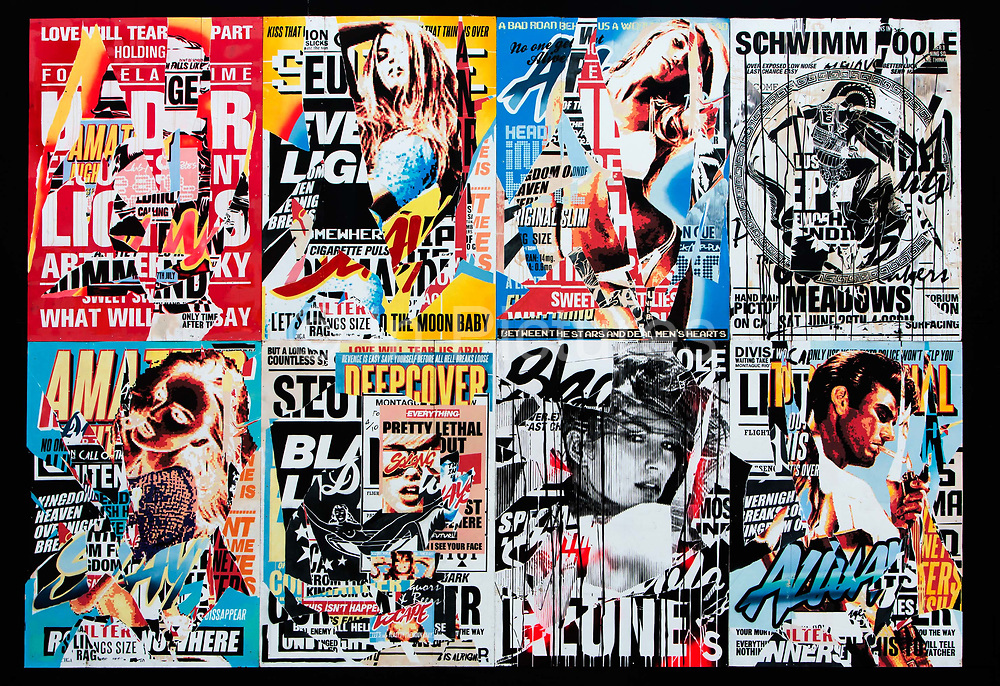