Two elderly gentlemen watch the yacht racing during the Cowes week regatta, the annual sailing competitions held annually every August on the Isle of Wight. Cowes Week is one of the longest-running regular regattas in the world. With 40 daily races, up to 1,000 boats, and 8,500 competitors ranging from Olympic and world class professionals to weekend sailors, it is the largest sailing regatta of its kind in the world. Having started in 1826, the event is held on the Solent (the area of water between southern England and the Isle of Wight made tricky by strong double tides), and is run by Cowes Week Limited in the small town of Cowes on the Isle of Wight. 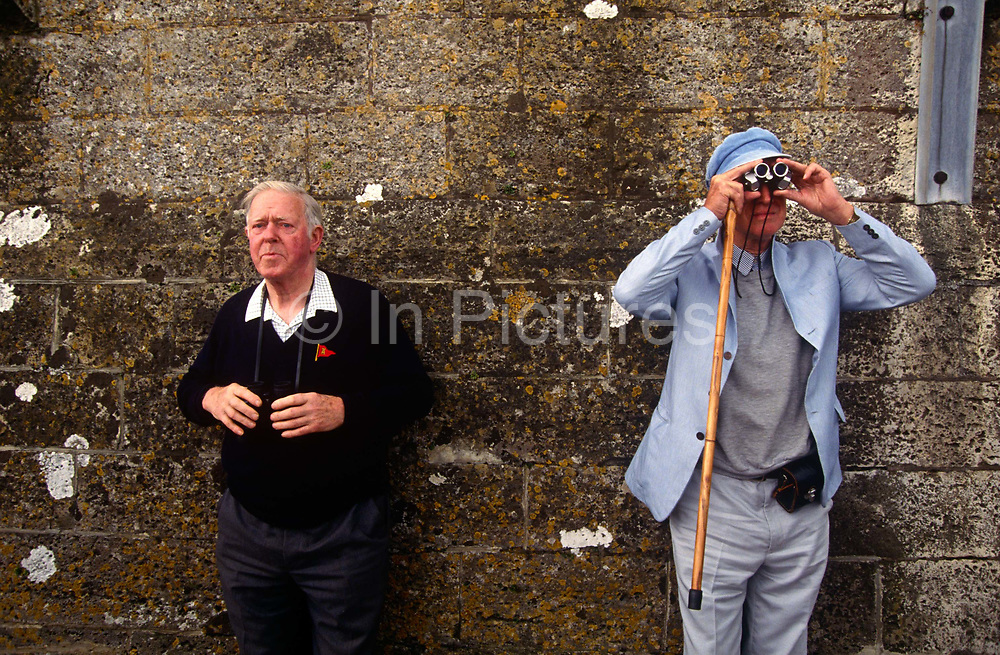