Sign advertising the computer game Cyberpunk 2077 on the side of a bus outside the Selfridges building on 18th January 2020 in Birmingham, United Kingdom. Cyberpunk 2077 is a 2020 action role-playing video game developed and published by CD Projekt. Players assume the first-person perspective of a customisable mercenary known as V, who can acquire skills in hacking and machinery with options for melee and ranged combat. Following its release it was widely criticized for bugs, particularly in the console versions which also suffered from performance issues; Sony removed it from the PlayStation Store on 17 December 2020. 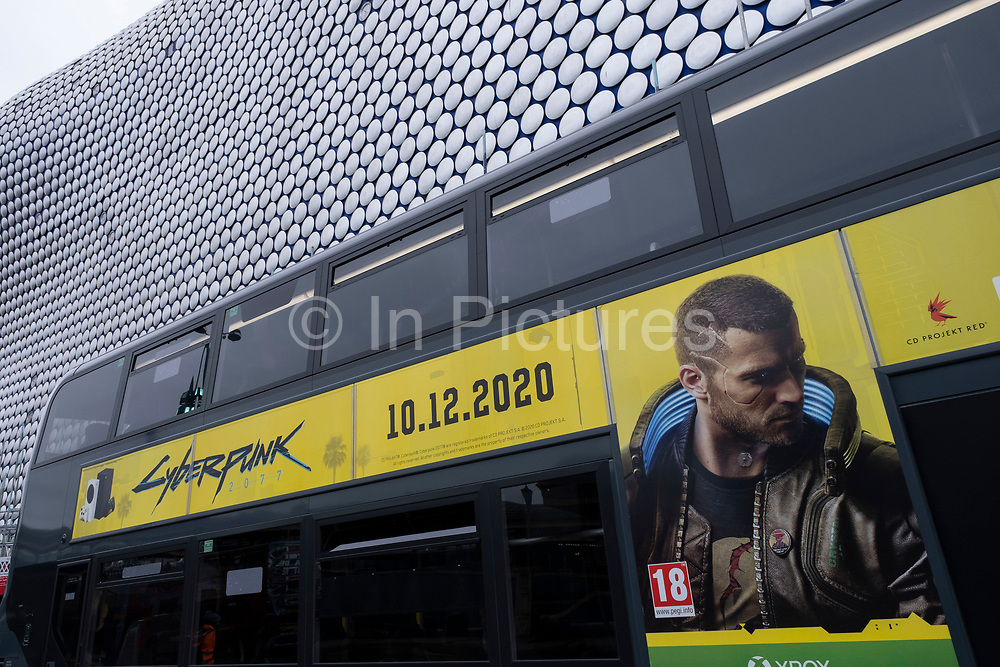