View of the 2012 Olympic site in East London. Here still under construction the Olmpic stadium, has become a focus for people gathering to see the site and for tour groups. Some of the new facilities will be reused in their Olympic form, while others, including the 80,000 seater main stadium will be reduced in size for use as a football staduim. The plans are part of the regeneration of Stratford in east London which will be the site of the Olympic Park, and of the neighbouring Lower Lea Valley. 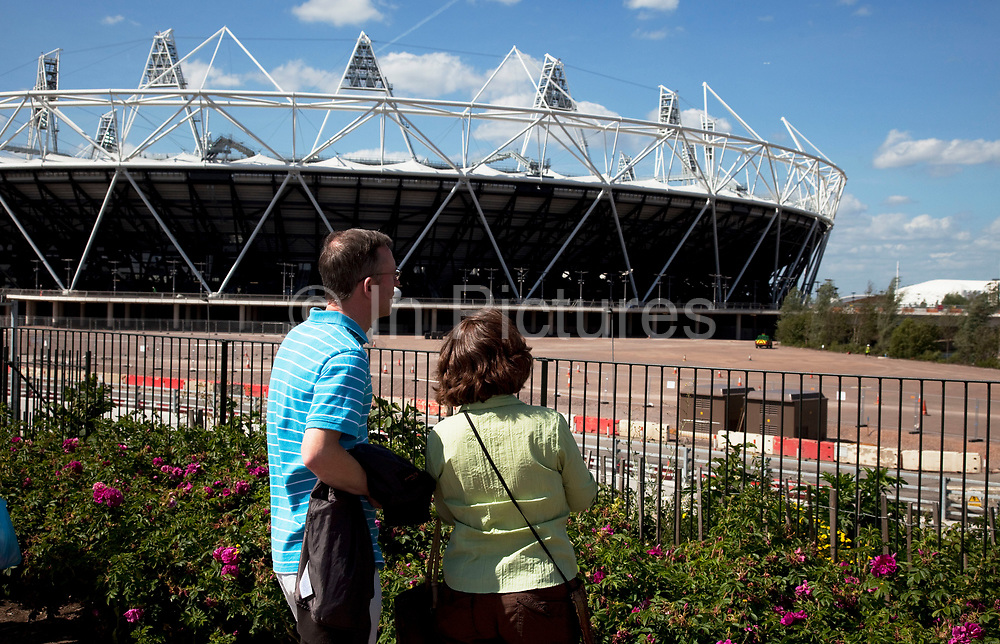