A modern airliner passes over the renovated control tower that once saw aviation heroes such as Charles Lindbergh arrive after his historic transatlantic flight to Paris, on the site of the former London (Croydon) airfield, once the location of the first international passenger services from England in the 1930s. The airport's terminal building and control tower were completed in 1928; the old wooden air traffic control and Customs building was demolished. The new buildings and layout began operations on 20 January 1928, 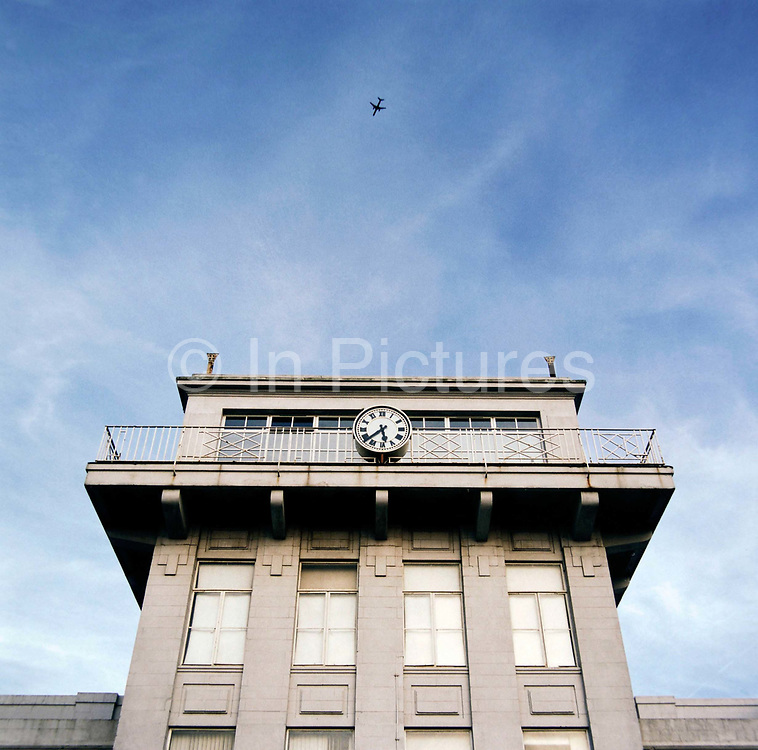