City Of London And Londoners

Londoners walk beneath neo-classical architecture of the Bank of England and Royal Exchange in the City of London, a day before the Prime Minister flies to Ukraine, amid tensions between Ukraine and Russia, as the British government is again threatening economic sanctions on Russian oligarchs and super-rich, many of whom conceal much of their wealth overseas, such as in London which has for the last few decades been one of the prime destinations where Russian money has been tied up in investments including property and companies registered in the UK, on 31st January 2022, in the City of London, England. Campaign group 'Transparency International' say an estimated £1.5bn of UK property has been spent with suspect funds from Russia, via the City of London, the UK capital's financial district. 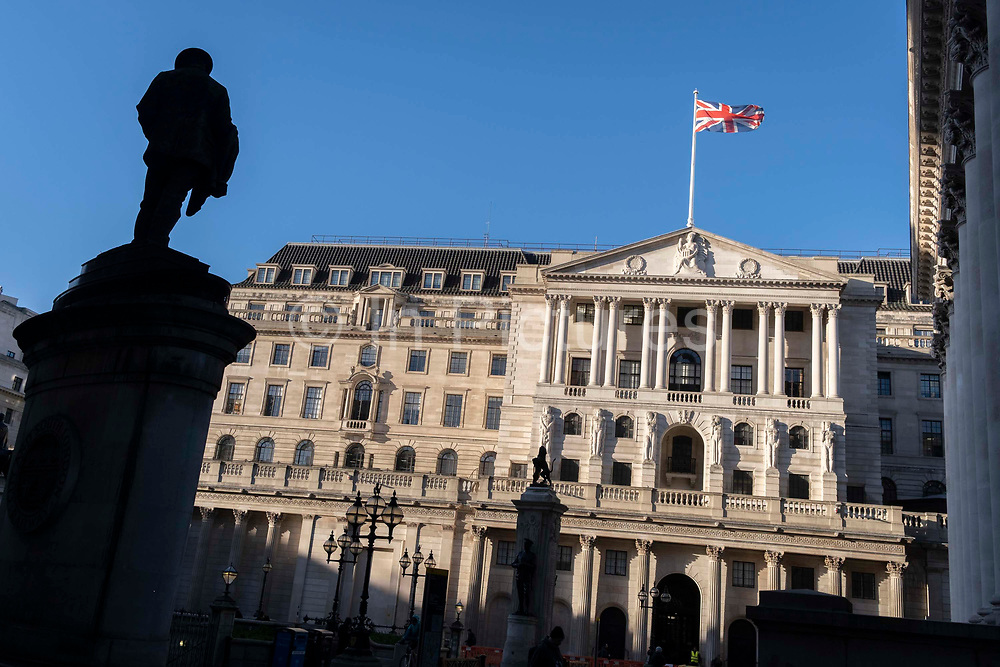