Boatman steers his narrowboat at Gas Street Basin on 14th March 2020 in Birmingham, United Kingdom. Gas Street Basin is a canal basin in the centre of Birmingham, where the Worcester and Birmingham Canal meets the BCN Main Line. It is located on Gas Street, between the Mailbox and Brindleyplace canal-side developments. Redevelopment of central area known as Paradise in Birmingham, United Kingdom. Paradise, formerly named Paradise Circus, is the name given to an area of approximately 7 hectares in Birmingham city centre between Chamberlain and Centenary Squares. The area has been part of the civic centre of Birmingham since the 19th century. From 2015 Argent Group will redevelop the area into new mixed use buildings and public squares. 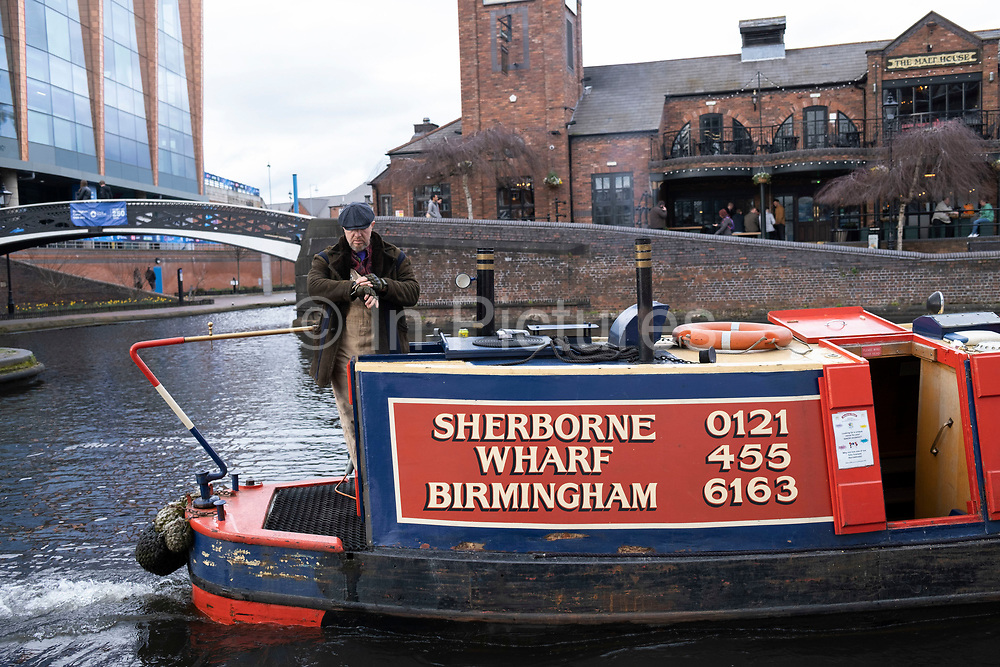