Block Around the Clock In Front Of Cuadrilla's Frackinging Site

Morning meditation outside Cuadrillas gates in New Preston Road, Lancashire, United Kingdom, June 29th 2018. Block Around the Clock - a fourty eight hours of event with work shops, yoga, sleeping and anti-fracking campaigning in front of the gates to Cuadrillas fracking site in Lancashire. The event was organised by anti-fracking campaigners in spite of an injunction granted to Cuadrilla to prevent protest against the impending shale gas exploitation. The Cuadrilla site in Lancashire in a highly contested site, almost ready to drill for gas. 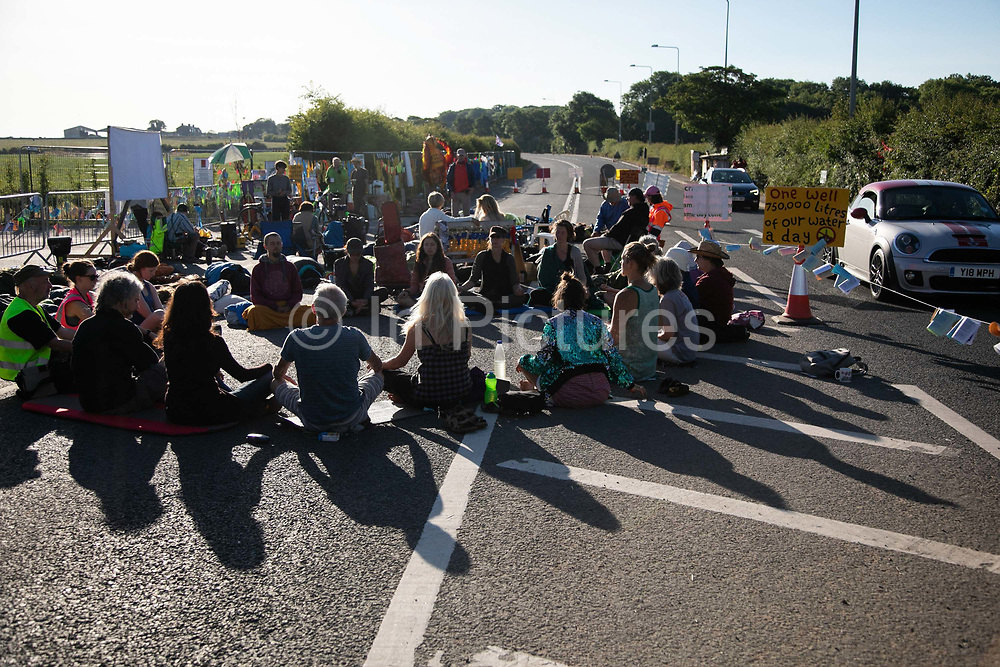