Stag party humiliation pranks as the groom is dressed up as a woman in an orange dress and wig then pushed into the fountains in Trafalgar Square in London, England, United Kingdom. There is a strong tradition at the British Stag Do, to play tricks on the stag at least once. In this case, he had no idea where he was headed, and so blindfolded was perched on the waters edge and thrown in. The stag seemed not to mind but was also, somewhat the worse for wear. 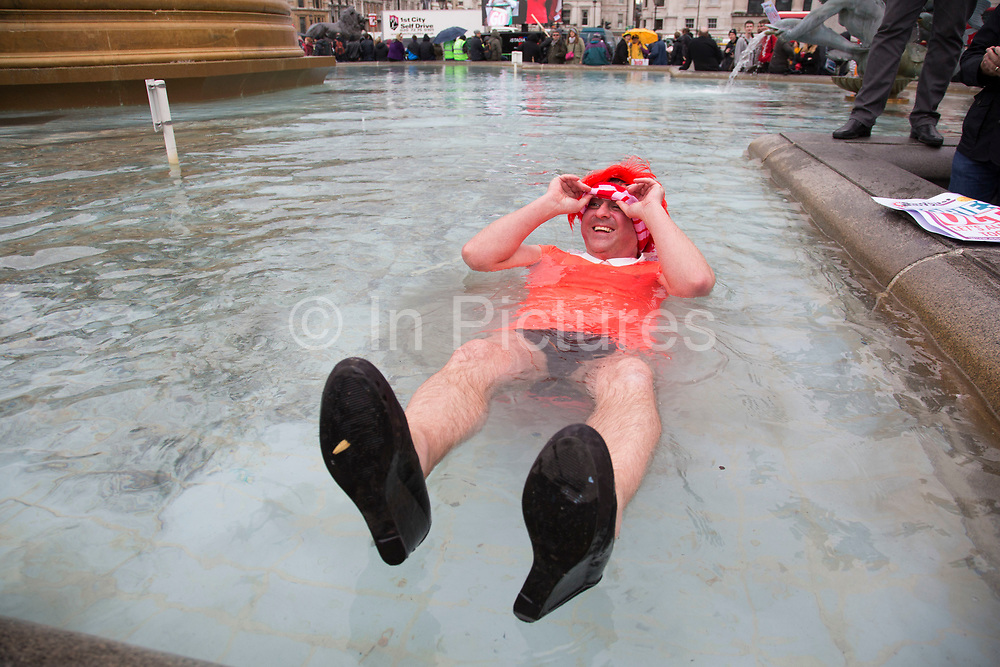