Syria Solidarity Campaign March For Aleppo on December 17th 2016 in London, England, United Kingdom. Protesters gather to demonstrate is support of the people of the Besieged Eastern town of Aleppo which is on the verge of falling to the Assad regime. Reports estimate about 98% of Eastern Aleppo is now under the control of the Assad regime and its allies. The protest is planned to show anger at the inaction of the international community in the face of catastrophic bombings in Aleppo. (photo by Mike Kemp/In Pictures via Getty Images) 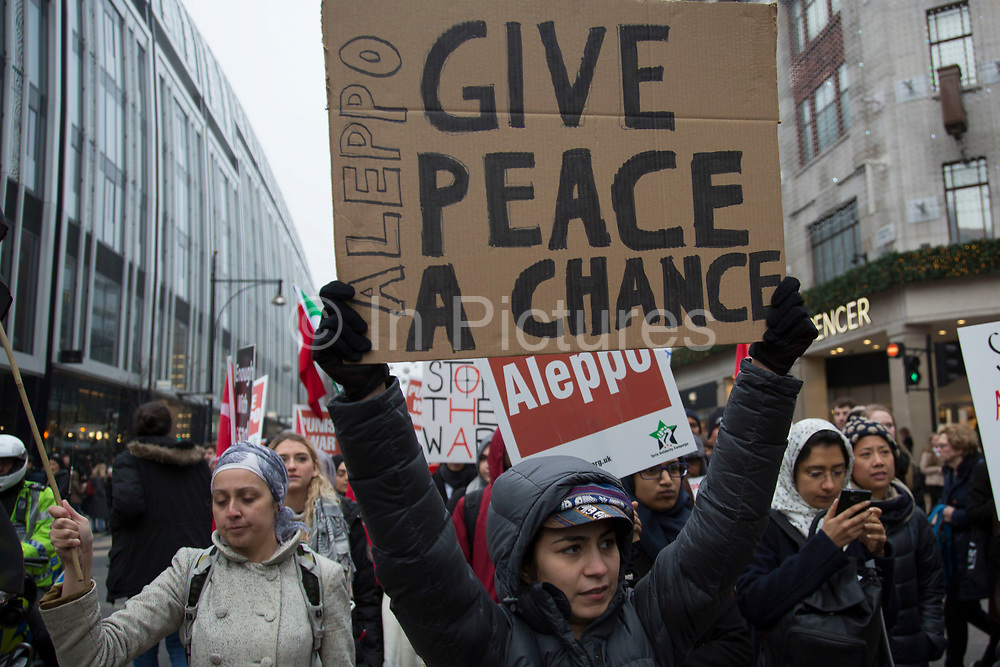