Demonstrators outside the Great Connaught Rooms where the Conservative Party Spring Conference was taking place and protesters gathered against David Cameron’s links to offshore finances on April 9th, 2016 in London, United Kingdom. One protester wearing a mask with the word GREED on it began to pose with fake money. Thousands of protesters gathered calling for the Prime Minister to resign and to protest over his recently revealed tax dealings in the Panama Papers’. 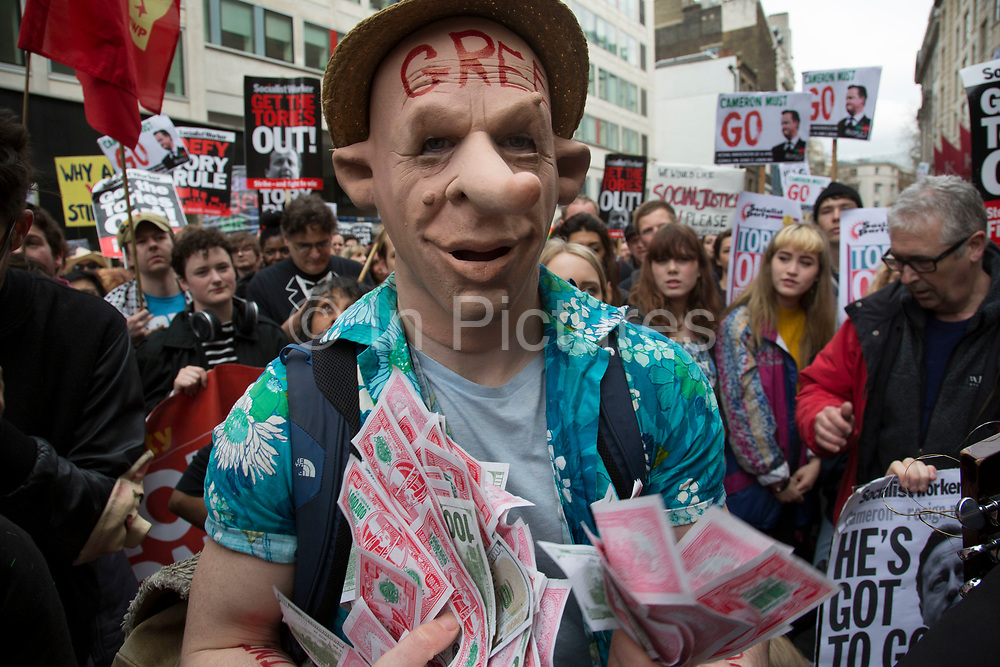