Man wearing his trousers slung low, struggles to keep them up. London, England, UK. Sagging is a manner of wearing trousers or jeans which sag so that the top of the trousers or jeans are significantly below the waist, sometimes revealing much of the underwear. Sagging is predominantly a male fashion. In some countries this practice is known as "low-riding". The style was popularized by hip-hop artists in the 1990s. It later became a symbol of freedom and cultural awareness among some youths or a symbol of their rejection of the values of mainstream society. It is often claimed the style originated from the United States prison system where belts are sometimes prohibited. 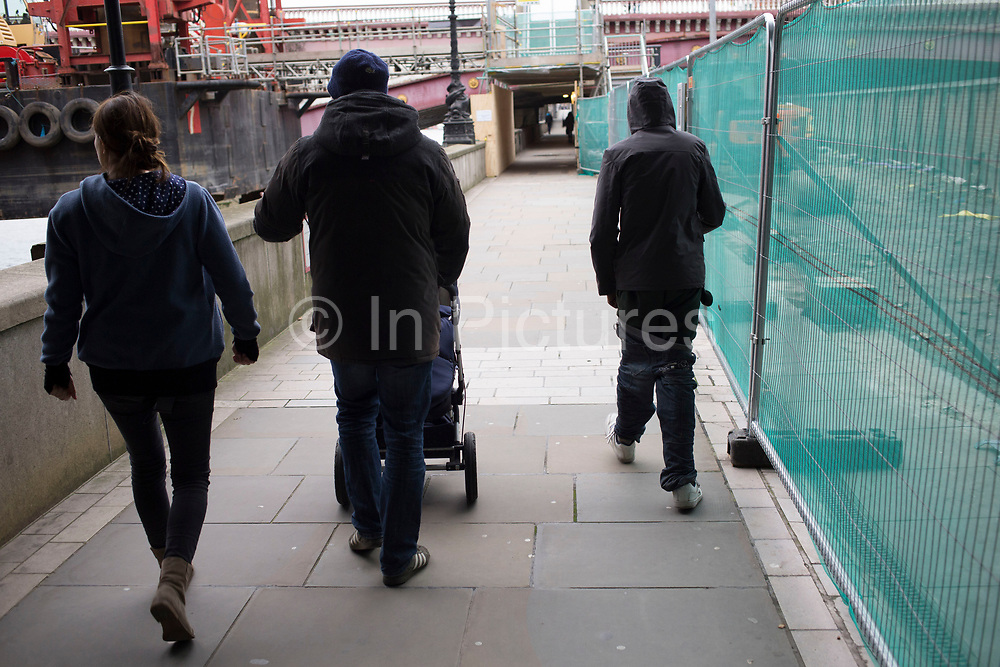