Old And New City Of London

Old red brick buildings on Leyden Street are loomed over by one of the numerous towers in the City of London on 4th February 2022 in London, United Kingdom. The City of London is a city, ceremonial county and local government district that contains the primary central business district CBD of London. The City of London is widely referred to simply as the City is also colloquially known as the Square Mile. Over the last decade or so the architecture of the City has grown upwards with skyscrapers filling the now cluttered skyline, and increasing it’s scale upwards with glass towers, some of which remain empty as overseas investments. 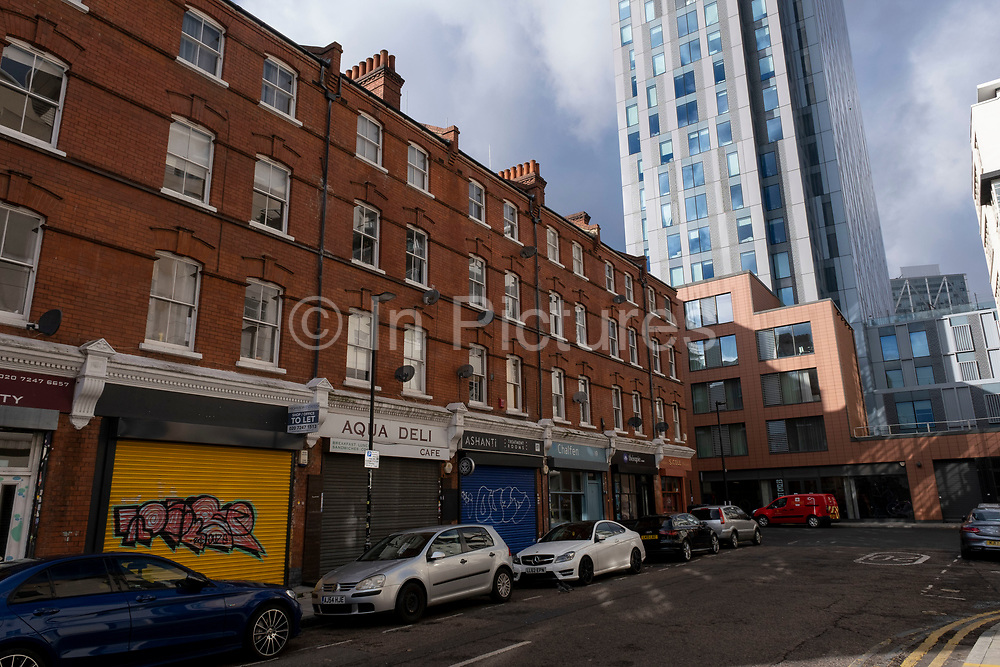