Cats not Ads campaign at Clapham Common tube station is the first campaign organised by Glimpse, an open and voluntary collective for creative people, Citizens Advertising Takeover Service (CATS) on 13th September 2016 in London, United Kingdom. A successful Kickstarter campaign ran to replace dozens of adverts at Clapham Common underground station, with pictures of cats. The idea was to help people think a bit differently about the world around them, and get inspired to change things for the better. (photo by Mike Kemp/In Pictures via Getty Images) 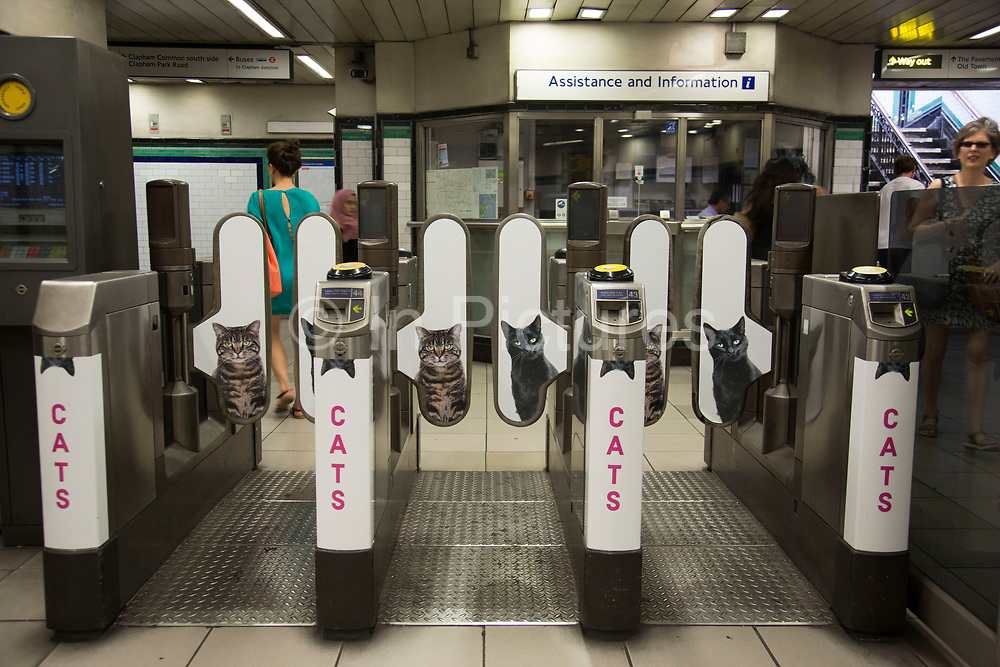