Group of friends sit underneath a vast stone carving in the Central Hall. The National Museum of China flanks the eastern side of Tiananmen Square in Beijing, China. The mission of the museum is to educate about the arts and history of China. It is directed by the Ministry of Culture of the People's Republic of China. The museum was established in 2003 by the merging of the two separate museums that had occupied the same building since 1959. The building was completed in 1959 as one of the Ten Great Buildings celebrating the ten-year anniversary of the founding of the People's Republic of China. After four years of renovation, the museum reopened on March 2011 with 28 new exhibition halls, more than triple the previous exhibition space, and state of the art exhibition and storage facilities. It has a total floor space of nearly 200,000 square meters to display. The renovations were designed by the German firm Gerkan, Marg and Partners. 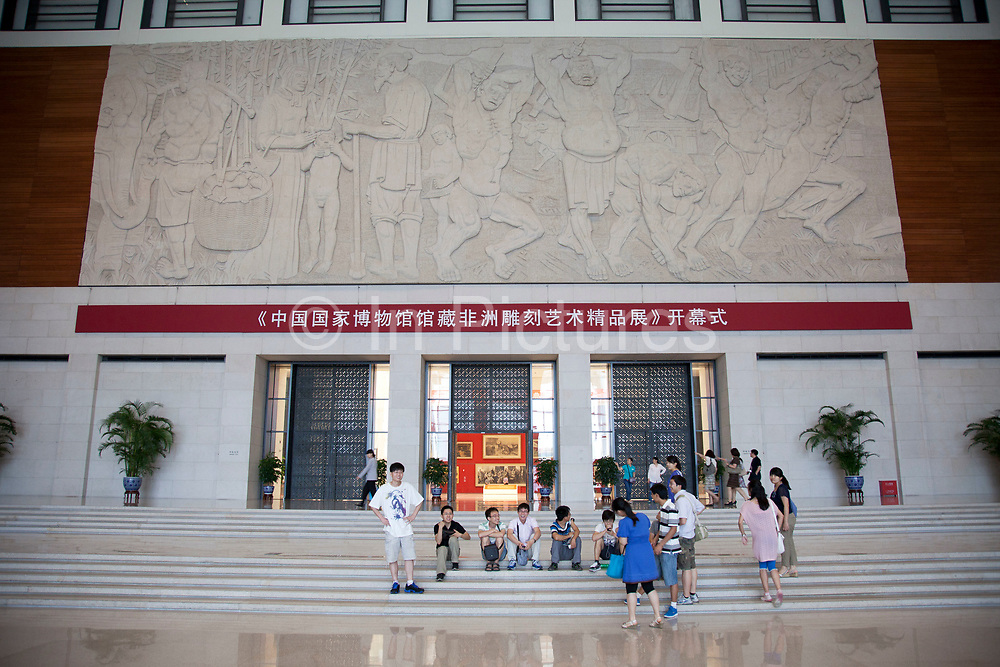